Other than Stonehenge, Sicily is the richest archeo-astronomical heritage in Europe 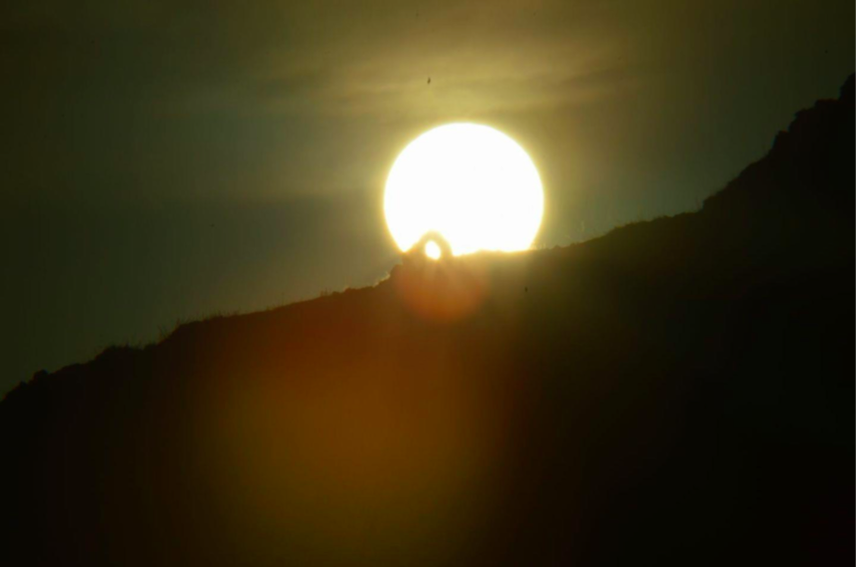 On an anonymous Sicilian rock called “U Campanaro” (the bell ringer), somewhere on Mount Arcivocalotto (in the countryside of San Giuseppe Jato and San Cipirello, in the province of Palermo), for about 5,000 years, every 21 December, the the first ray of the morning sun has slipped silently and very precisely into a specially dug hole without anyone, not even the local mafiosi (usually attentive to what happens on “their” territory), had never noticed.

Who knows how many other centuries the phenomenon would have been invisible if a discovery by prof. Ferdinando Maurici, one of the most prolific Sicilian archaeologists of the last 50 years, of Alberto Scuderi, national vice president of the “Archaeological Groups of Italy”, and of prof.

Vito Polcaro of the National Institute of AstroPhysica, had not shown that it was not a simple natural hole in a rock, but a work of man. A specially oriented hole targeting the point where the sun rises on the horizon on the day of the winter solstice (December 21st).

When, around 3000 BC, the hands of our ancestors dug that hole, Italy was much greener: there were neither machines nor smartwatches. There were not even the clocks: neither the Rolex given to politicians, nor those for the pocket. In addition to not having the calendar, neither that of the Guerrero Indovino, nor that of Pirelli, there was not even the numbering of the years as we know it (ie organized with the before and after Christ).

There was, of course, the passing of time. Our ancestors measured it, respected it and celebrated it by observing the sun and the stars. In this way the times of practical activities (such as sowing and harvesting) and of liturgical and social ones (parties) were dictated.

After the sensational discovery of the first astronomical calendar in Sicily , that of Mount Arcivocalotto, many pierced rocks, present in the Sicilian countryside, have revealed themselves for what they are: an archeo-astronomical heritage without equal in Europe.